Below is an attempt to integrate several lines of thinking. It’s a framework for driving practical and skillful action in the near term and is one of several frameworks I use. It feels roughly right for many situations. There are plenty of caveats to argue. But it seems broadly useful, kind of like a jeep. If you’re not sure what terrain you’ll find, it’s not a bad vehicle to use.

From the appearance of homo sapiens 200,000 years ago until about 10,000 years ago we lived in small bands of hunter-gathers ranging in size from a few dozen people up to at most about 100 people. Our moral intuitions are evolved for these sorts of groups. While there may be no right or wrong in the ultimate sense (how can you say an animal’s behavior is right or wrong?), we do feel strongly about moral judgements and on average these responses are similar across humans. Humans are human animals and have a human nature and the morality we feel was evolved for tribal hunter-gatherers living on the African Savannah. I’ll call this “Savannah Morality”.

Evolutionary, men and women are generally evolved for different roles and the main driver of this is that wombs are more precious than sperm. Men are expendable and evolved to take on roles of Protecting, Providing, and Procreating. Of these, the Protector role is most fundamental (e.g. fighting and hunting). Without competent people filling that role, there is no defense of the group and destruction could result. If there is physical risk involved, it’s generally the men who end up doing the job. To support men in the protector role, there are 4 tactical virtues to develop: courage, honor, strength, and mastery. More broadly, the guiding principle of a man is to contribute more to the group than he consumes and there are certain jobs for which men are generally physically well-suited.

So what does human nature want from an average man in a savanna setting? For the protector role, it wants physical fitness, camaraderie with other men, opportunities to show courage, and mastery of specific skills that help the group. It wants the man to do something productive that enhances the survivability of the group. We don’t live on the savanna, but these urges haven’t gone away. As we develop we find new ways to express them.

Adding another dimension, human adults go through stages of development where they increase their ethical, social, and cognitive competence. A good model is a 5-stage one developed by Robert Keegan. The stages are defined by what is the subject and object of awareness. Here are some of them:

We are evolved for a Stage 3 environment and morality, but are obviously capable of progressing to higher stages. What human nature wants from us at Stage 3 feels good, but we can abstract and expand what this means at the higher stages and acting that out also feels good too. For men, however, on average the major roles remain something like protect, provide, procreate. Scratching these itches feels good.

But how do we think about what those activities ought to look like at a Stage 3, 4, or 5? Well they don’t mean anything in the ultimate sense and we make our own meaning as we go. The meaning we’re able to make is not arbitrary since it is bound by human nature. For a long and excellent discussion on what this read Meaningness (basically Dzogchen written in plain English, from what I gather).

To push the discussion to the last step, I’m going to make liberal use of the concept of “Capital”.

Here, I’m not just talking about money. I’m using capital to mean any store of energy or power and defining it broadly. Money that everyone agrees is money, that’s obviously capital. Your skill in tying your shoe is capital since the skill is stored in your brain and when activated gives the power to tie the shoe. Your family relationships, that’s also capital. You can invest in them and they act as a store of goodwill that can be used later. That seems transactional, but it also seems true. We can use all the tools for thinking about capital that come out of the business world. You should invest in those forms of capital with the highest rate of return, but any positive return is better than a negative one. With any kind of capital you can mine it (Depreciation > Capital expenditures), sustain it (D=C), or invest (D<C).

With these tools, we can examine morality at the different stages.

Stage 2 morality begins and ends with the self and is inherently immoral if you want to be part of a group. The capital that’s built or sustained is devoted to satisfying the needs of the self: zombie capital. That’s not all bad. Enjoyment is good and it’s great to make art for yourself. But from the point of view of the group, it’s not useful. To the extent one draws more resources from the group than they contribute (averaged out over time), the person is a “bad” person. Taken far enough, the person would be cast out and they would die. I would guess in primitive societies not many adults have the luxury to stop at Stage 2, though in the rich West people can clearly stall out there. You may have parts of you that are Stage 2. These are the parts that are brazenly selfish. They are the parts that are self pitying. They are the parts that are whining and complaining. They are the parts stuck in sullenness, sulkiness, surliness. By savanna morality, these parts are immoral when acted out (if you don’t act it out, no problem). You don’t want to get stuck acting out a Stage 2 morality. Maybe regarding them as immoral can help getting unstuck.

Stage 3 is fully moral according to savanna morality. You are your relationships and in fulfilling the role competently you are contributing more to the group than you’re consuming. This is moral. As a man, this means physically protecting, providing, and procreating. For me, I don’t have many opportunities to physically protect anyone (thankfully), but providing and procreating are certainly possible. I have a family and I can always provide for them in the sense of building capital for their benefit. This may be simply cleaning a room, or better yet making it more beautiful. It may mean playing with my kids. It may mean wooing my wife. When I’m feeling stuck, these are good outlets. I can also perform the same sorts of functions for my distant family and friends. All of these sorts of activities are aligned with our evolved human nature and ultimately feel good (though they may suck in the present moment, like comforting a whiny child). The morality may be extended to a work group, but that’s more complicated.

Stage 4 is the first abstracted stage past what we’re explicitly evolved to do. This is the territory of religion, systems of thought, ideology. Protecting, providing, and procreating take on a different form. Protecting is hunting for new ideas and defending the existing intellectual capital on which your group’s well being is based. Providing is sustaining and building useful capital inside the perimeter of your defenses (e.g. building schools). Procreating expands past actual physical reproduction and to activities like teaching. Here, the definition of the group has been expanded to include all beings protected by the religion. Activities towards protecting, providing, and procreating the capital for the religion are valued and moral. They feel good to do because, again, it’s aligned with our evolved nature. They are not good or bad in any ultimate sense.

Stage 5 is the second abstracted stage. This is in the territory of awareness itself. You don’t see yourself as defined by an ideology or religion; you have ideologies and religions. At this point the definition of the ‘group’ may include all beings or at least a much larger population than you would have considered at Stage 4. Considerations for the common good, broadly defined, may be present. But also, you are not the common good and have your own needs. I’m still working out what protecting, providing, and procreating mean here.

All of this is to say, aligning yourself with your basic human nature is largely accomplished by trying to help other beings beyond yourself (though helping yourself is important too). Maybe it’s your immediate group. Maybe it’s a larger group of people with whom you identify. Maybe it’s all beings you encounter (though that can be a recipe for burnout). What’s most aligned with your human nature if you’re an average male will likely be in the direction of protecting, providing, and procreating (with protecting as the fundamental job). As a male, leaning into these roles with courage, honor, mastery, and strength feels good and rewarding. Leaning back into acting out a narcissistic Stage 2 morality feels bad (though it may be very attractive in the short term).

On the Savannah, acting out a stage 2 morality would literally get you killed. In the rich world, you won’t die physically but you can die metaphorically. You’ll be miserable. You’ll estrange friends and family. You won’t be opening yourself to the beautiful aspects of life. You will die acting out a Stage 2 morality, so don’t go there. 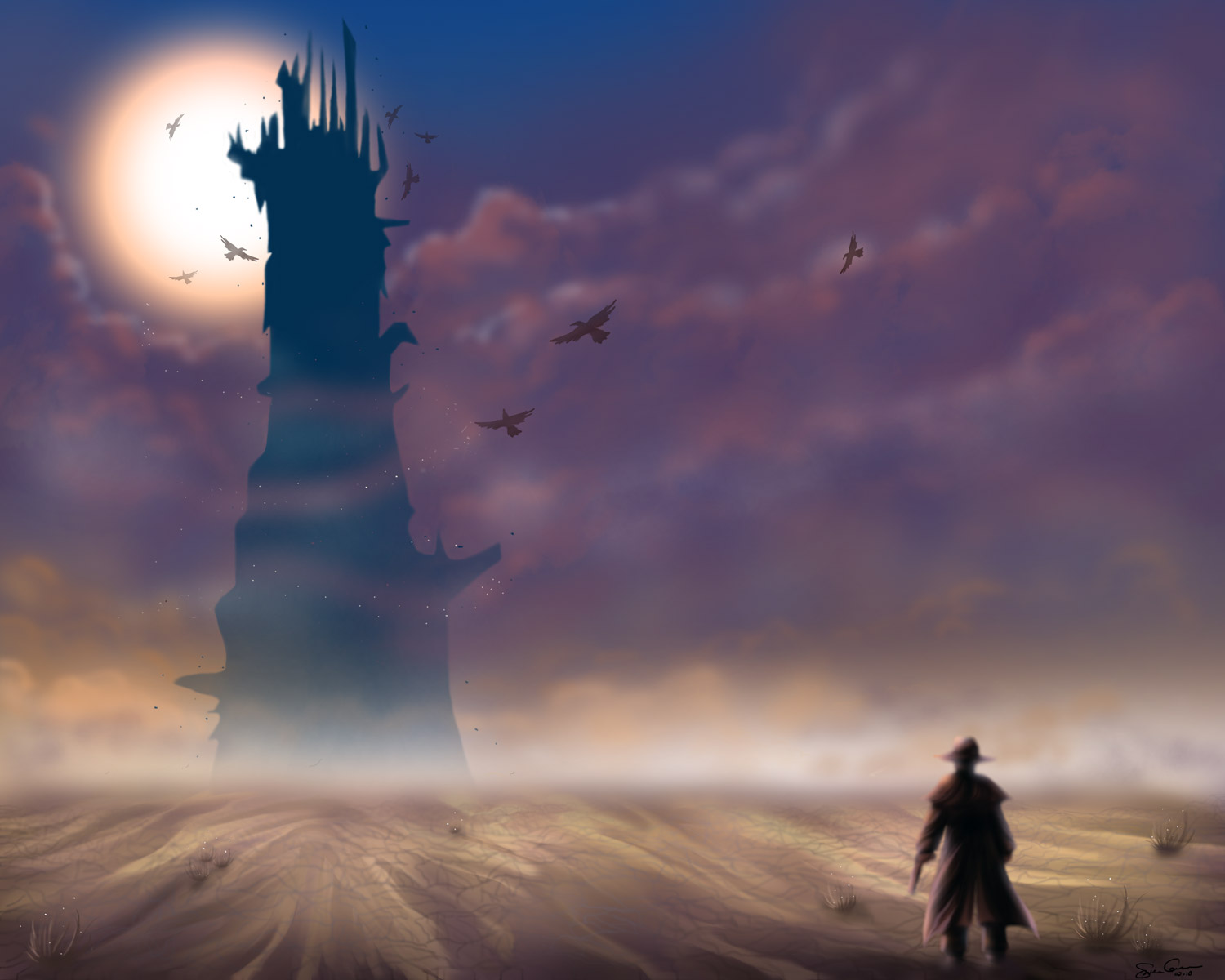 ‘Wait But Why’ guy giving a TED talk on procrastination.

Does a Paris-style attack (128 people dead) happen every day in the USA due to guns or cars? No.

I’m using Texmaker. Some other options are discussed here, here, and here.

Good resources on using LaTeX are here and here.

Sample templates are here and here.

You can find it here.